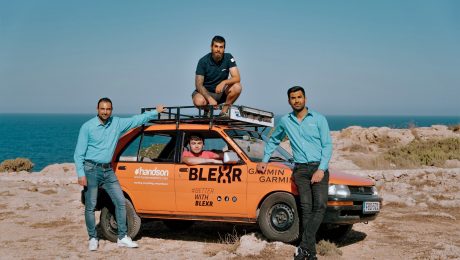 Three Maltese students taking part in the Mongol Rally that starts in Prague later this month have been supported by local IT company HandsOn Systems.

The students, Neal Aquilina, 20, who is studying medicine at the University of Malta, and Andrea Villa, 20, and Sebastian Darmanin Kissaun, 19, who are both studying business at Maastricht University in the Netherlands, bought their Subaru J10 for €500 (including a boot-load of parts).

They have since overhauled the car, changing many components to toughen it up for the rally, including the front suspension and all the shock absorbers, sprayed it a flashy orange and equipping it with all-weather tyres on larger rims.

HandsOn Systems installed a really bright LED light bar on their roof rack, a horn to attract attention and a sound system, and equipped it with a GPS tracking device powered by their partners Melita that will enable the public, as well as family and friends, to follow their trail live via a public link – https://subarians.handsonsystems.com/.

The three Subarians (https://www.facebook.com/Subarians/) leave Malta on 12 July on the ferry to Sicily, cross the island and catch another ferry to Genoa. They will then drive through central Europe to Prague from where the rally starts on 17 July.

Neal explained: “Due to the war between Ukraine and Russia and the persistence of Covid restrictions which means that some countries’ borders are still closed, the route has been revised to take in Central and Eastern Europe to Turkey and on to Armenia, finishing in Georgia on 6 August.”

There are still possibilities of more countries opening up, but the three students will assess their options as they happen. They plan to return to Malta after the second week of August.

Anthony Sciberras, Systems Support Manager at HandsOn Systems, said that the venture, apart from being an opportunity to show off the technology that the company can deploy, was also an opportunity for corporate social responsibility.

“We saw a genuine cause because the three youngsters are going to drive through some risky places and we decided to support them as much as possible with our knowhow and technology,” Mr Sciberras said. “We are confident that they will enjoy 100% connectivity.” 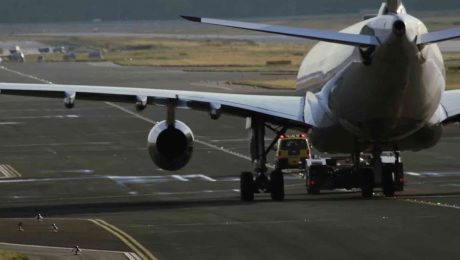 HandsOn is very pleased to form part of SATMET project. SATMET (Situation Awareness and Traffic Management for Engineless Taxiing) aims at improving the way airports operate.
The project targets aircraft taxiing between the terminal gate and the runway whereby currently aeroplanes use their main engines to carry out this. This is very energy inefficient and costly apart from creating a lot of noise and air pollution.
SATMET focuses on achieving engineless taxiing. This is achieved through autonomous tow trucks (tugs) which tow aircraft between the terminal gates and the runway. Through the use of multiple sensors like GPS, cameras and LIDAR technology tugs can automatically detect the best and safest route for each aircraft that requires towing.
HandsOn focused on the HMI aspect of the project and developed the necessary user interface that manages and controls the fleet of tow-trucks.
The project has been funded by the MCST Fusion Technology Development Programme. 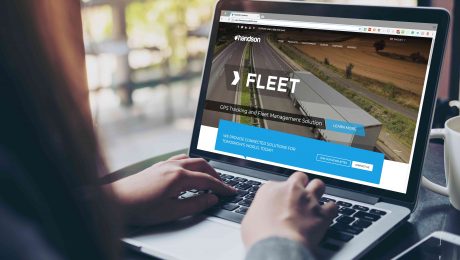 Up-and-coming, dynamic IOT company HandsOn Systems has just launched their corporate website at www.handsonsystems.com, a clean, user-friendly platform that enables it to portray its current focus and penetration of the market.
This focus revolves around three key areas: GPS tracking and fleet management solutions; its user-based insurance solutions product, Aktuaris; and its RFID-based asset tracking and inventory management systems. HandsOn Systems CEO Geoffrey Farrugia said the company deployed its internal resources to develop the site, which links to several micro-sites that in turn put the spotlight on its individual product lines.
The site’s tag-line is: ‘We provide connected solutions for tomorrow’s world, today.’ Users can easily navigate the site either by scrolling down the page or accessing the buttons at the top. This is a minimalistic site that is in line with current trends to clearly indicate the areas of focus and encourage deeper dives, if necessary.
The site is mobile-friendly and can be accessed via various browsers. Visitors can register for the company’s newsletter and get all the information needed to establish that HandsOn Systems delivers every time.

As from last month, the system of driving licence penalty points has been applied to all drivers in Malta and not just for those who recently obtained their licence. By accumulating 12 penalty points over the period of a year for various traffic contraventions a driver will lose his licence for a period of two months. The suspension will be lengthened if a further 12 penalty points are accumulated over another period of 12 months. At the start of each year, the 12-points system will start anew.

Many fleet owners have multiple vehicles registered in their name. Fleet owners are ending up with 12 points because of their drivers. HandsOn Systems has the solution to keep track of who was driving a particular vehicle at any specific time.

Get in touch to learn more about how your company can benefit from our driver identification solution.