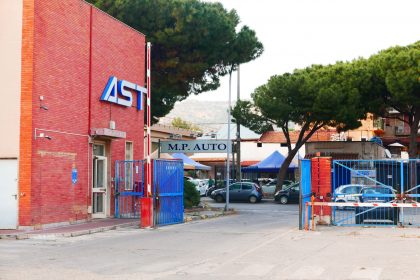 HandsOn Systems has won a competitive public transport tender to provide GPS tracking and fleet management services to the Azienda Siciliana Trasporti SpA (AST), which operates a fleet of around 500 buses across the entire Sicilian region.

Work has started immediately and is being coordinated through a subsidiary company, HandsOn Italia SRL, that HandsOn Systems has set up with offices in Palermo, which has trained technicians who will be installing the technology in the buses in five depots spread around Sicily. These are located in Palermo, Catania, Messina, Trapani and Syracuse. Some 120 buses have had their tracking systems installed with work on schedule to install the balance by the end of July.

“HandsOn Systems has been exploring opportunities to penetrate the Italian market for the past two years and is already tracking almost 2,000 vehicles, ranging from ambulances to commercial and leased vehicles,” CEO Geoff Farrugia said. “According to our market research, Sicily was a region where the major national and international players were least active.“  What was a bone for them is the meat for us. We are very much in a David and Goliath situation, with HandsOn Systems being the David. Yet, from the five bidders for the AST contract, we came first, both in terms of price, and in terms of features and capabilities.”

One of the many reasons AST wanted tracking was to ensure that the buses employed on some 120 routes across the island cover the full route, to make punctuality more transparent, and to ensure that their drivers are paid for the amount of distance they covered on the ground, ensuring a fairer system for those owner-drivers who have the longer routes. AST will be monitoring all this from its control room in Palermo, where all the reports and all the data coming in is to be processed and any action taken accordingly.

The Sicily office is to become an extension of the Malta operation since locally HandsOn Systems is experiencing huge growth and needs to maximise on the resources available. “In software, certain projects can be managed and developed remotely. So, we are not only using our Italian subsidiary to serve the market there but also to serve our market, which is close by – same region; same time zone,” Mr Farrugia said.

The Sicily contract is part of HandsOn Systems’ internationalisation drive, which has led to the opening of offices and subsidiaries in the Middle East, Africa and Latin America. “We’re using this project as a launch pad, to continue making a statement that we are capable of penetrating the Italian market with a practical case study,” Mr Farrugia added. “We are now reaping the fruit of our investment over the past three years. It proves that Maltese products, our technology, and our products and services, are competitive in the international market. Also, despite our size and maybe our limited track record, we have demonstrated that we can succeed to land contracts in different countries, especially in Italy, which is quite a developed European country with quite a number of players.”