Aktuaris developing markets in South America and the Middle East 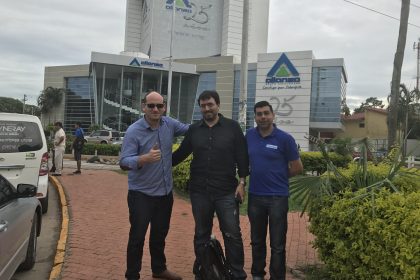 Aktuaris, a system of usage-based insurance using HandsOn Systems technology, is being introduced in various parts of the world. The company is working closely with several insurance companies in Bolivia through a local partner Gianfranco Gipponi Pessoa and has plans to launch Aktuaris there later on this year. “Since this concept is new to the country, we have to take our time to design marketing and educate the market and the public,” Mr. Farrugia said. “We were not only technology suppliers but also consultants.”

Aktuaris team recently went on a three-day road show visiting seven companies in the United Arab Emirates (UAE), based in Dubai. There was plenty of interest and the visit had a positive outcome. A number of pilot projects are also in the pipeline there.

A plug-and-play solution is being launched in the UAE since theft in this market is minimal. “It is in the interest of whoever takes out this type of insurance policy to use Aktuaris to be able to claim prizes. Although Dubai has the latest technology, many companies did not know about this concept and means of insurance,” Mr. Farrugia
added. However, most insurance companies are run by ex-pats who have heard of this type of insurance and Mr. Farrugia sees an opportunity in this region. The company has also found a strong partner there. Sivan Said, who is Maltese, runs RISC Insurance and has been successfully developing his insurance related business for quite some time. Mr. Said is also going to represent the company in its negotiations with a number of insurance companies.